Meet Jamie Jarvis. He's the creator and founder of Two Roads Project. Read about why he did this and learn how you can get involved. 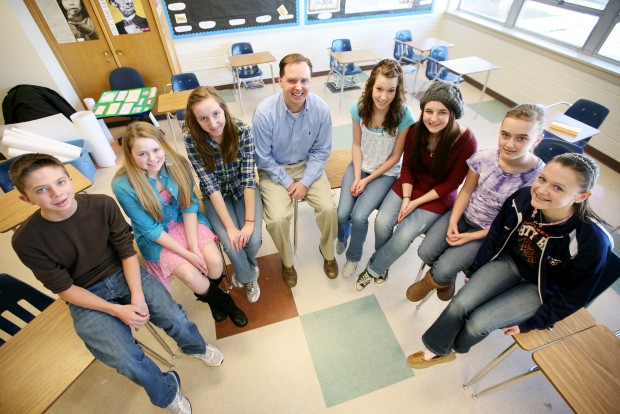 Inspired ideas come from inspirational people, and in the case of the Two Roads Project, the idea came from a discussion that Jamie Jarvis, a veteran middle school teacher in Billings, Montana, had with his wife, Shannon.  The question was, how could he incorporate the concept of service into his social studies classes in a tangible way that required concerted action on the part of his students?

“I have always wanted to put some sort of service project into my teaching,” Jamie reflects, “but always kept running up against a wall of not enough time, what project to choose, the need for money to bus students to and from a site, and, not to mention...organizing a project for 120 students.”

In his discussion with Shannon, the Two Roads Project was born.  Give individual students $100, give them ninety days to multiply it and decide on a project they would like to support, and let them take it from there.  Jamie calls the process “student empowerment,” a concept that is often overlooked in traditional middle schools environments.

He and Shannon donated $300 to the project and solicited another $400 from family and friends during  fall, 2010.  Three months later students  reported their results.  Two were especially notable:  one student used his $100 to raise another $800 to donate to a neonatal unit in a hospital where a family friend’s baby was being treated.  Two other students raised funds to help establish Hats for Cancer Victims  in a local shop.

Jamie had been friends with Jeff Peterson, President of Global Travel Alliance, for several years and told him about the project.  Jeff immediately got involved by donating $100 bills to the next crop of students who wanted to help make a difference in their communities.  By the time the 2013-2014 Academic Year rolled around, over thirty students were involved, but not just at Lewis and Clark Middle School where Jamie teaches.  Local media had picked up on the story and soon other schools in the city and in cities beyond were asking for help in starting their own Two Roads Projects.

“Jamie came up with a simple but profound concept with Two Road, Jeff says. “The students have the opportunity to impact the lives of others for good, but the impact on them will be enormous.  They will never forget how personally gratifying service can be.”

As for Jamie, he observes the professional and personal satisfaction he has experienced through the project.  “It’s been wonderful ,” he says.  “I can’t wait to see what’s in store for the next set of students!  Thanks for all the support up to this point and in the future.”